AUBURN — The last game of Auburn football’s five-game season-opening home stretch is a convergence of two of the SEC’s greenest coaches: newcomer Brian Kelly and second-year Bryan Harsin.
One is in the dawn of his tenure. The other might be in the twilight.
Auburn (3-1, 1-0 SEC) almost lost to Missouri four different times last week before emerging unscathed in overtime. Harsin, however, sunk deeper into his hot seat. His next test of survival is Kelly, whose biggest bumps and bruises so far at LSU (3-1, 1-0) have been fake accent-related.
Here’s our scouting report for Saturday (6 p.m. CT, ESPN).
When USA TODAY Network reporters ranked the best defensive linemen in the SEC for 2022, four of the top 10 were LSU players. The Tigers are down one now, as Maason Smith suffered a season-ending injury while celebrating against Florida State. But their defensive front still touts preseason first-team All-SEC pick B.J. Ojulari on one edge, second-team pick Ali Gaye on the other edge and consensus first-round prospect Jaquelin Roy on the interior. Defensive end Sai’Vion Jones has chipped in 2.5 of the team’s 11 sacks.
LSU has allowed 3.51 yards per carry through four games, which is seventh in the SEC − but despite its middle-of-the-pack stats, it has a colossal talent advantage in the trenches. Auburn is working with a third-string center and averaged 1.92 yards per carry after the first quarter against Missouri’s weaker defensive front. And that’s with an NFL-bound Tank Bigsby running the ball.
ANALYSIS‘I thought he was in’: How much time can 1 yard buy Bryan Harsin on Auburn football hot seat?
Auburn targeted the Arizona State transfer Daniels last offseason. He ended up at LSU. Auburn could use him right about now.
Harsin was forced to rely on his fourth-string, true freshman quarterback Holden Geriner briefly vs. Mizzou. Second-string Robby Ashford is set to start vs. LSU while LSU transfer T.J. Finley remains injured (shoulder). Even when Finley is healthy, the top choice isn’t great. He has four interceptions in 53 throws this year, a 7.5% rate.
Daniels is 81-for-111 (73%) with the sixth-best completion percentage in the country among quarterbacks who have attempted at least 100 passes. He has thrown for six touchdowns, no interceptions and 7.5 yards per attempt.
Then there are his stats on the ground: Daniels is LSU’s leading rusher with 44 carries for 262 yards, averaging six per attempt. He has two rushing touchdowns. Armoni Goodwin, Penn State transfer Noah Cain and John Emery Jr. are splitting carries out of the backfield, but Daniels is the constant.
LSU fans have been aggravated by his instinct to take off running rather than completing his progressions, though. If a pocket collapses, he’s probably not throwing.
If there’s a glimmer of hope for Auburn, it’s that Daniels’ worst game so far was his 22-for-37 outing in LSU’s lone SEC game vs. Mississippi State.
Boutte missed the Tigers’ 38-0 win over New Mexico because his girlfriend was expected to give birth to their first kid. He’s expected to return against Auburn, replenishing LSU with another first-round talent. Boutte has All-American hype but only 93 receiving yards this season.
In pass defense, LSU allows 5.9 yards per attempt, which is No. 22 nationally. LSU’s bad news: Starting safety Major Burns is out three to six weeks with a neck injury. Its good news: Safety Joe Foucha will make his season debut vs. Auburn after missing the first four games due to an academic suspension.
LSU 21, Auburn 3: It’s just too difficult to identify ways Auburn can reliably score touchdowns right now. 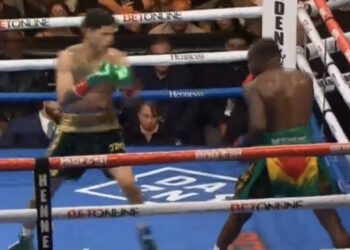