Rob Edwards lasted just 11 games at Watford before the club replaced him with Slaven Bilic
Luton are expected to name ex-Watford boss Rob Edwards as their new manager, reports BBC Three Counties Radio.
The 39-year-old was appointed by Championship rivals Watford in May after guiding Forest Green to promotion from League Two last season.
But he was sacked on 26 September after just 11 games in charge, winning three.
Luton’s previous manager Nathan Jones left Kenilworth Road last week after being appointed by struggling Premier League side Southampton.
Following a playing career that began at Aston Villa and included spells at Wolves, Blackpool and Barnsley, Edwards retired at the age of 30.
He had two games in charge of Wolves as interim boss in 2016 and a season as AFC Telford boss before becoming head coach of England’s under-16s team.
Edwards was appointed by Forest Green in May 2021 and they went up as champions last term, winning half of their 46 league games and losing only eight.
Watford and Luton are just 19 miles apart and their rivalry stretches back to 1921 when they faced each other in a league game for the first time.
The Hornets are currently fourth in the Championship, six places higher than Luton, and won 4-0 when the two met at Vicarage Road on 23 October.
Source: bbc.com
Send your news stories to [email protected] and via WhatsApp on +233 546310076.
Copyright © 2007 – 2022. GhanaSoccernet 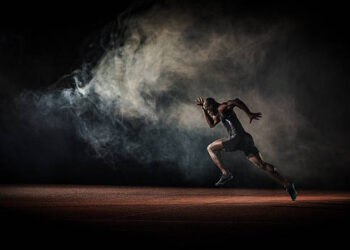 Athletics in Ghana has potential, you need to invest in world-class coaches – World Athletics president – Myjoyonline