by Facetvnews
in Downloads, Latest news
0 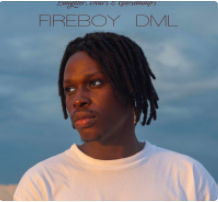 YBNL’s rising star Fireboy has finally released his highly anticipated album, Laughter, Tears & Goosebumps. The singer, who broke out with his Jealous song, off the YBNL Mafia album late last year has made giant strides over the past 12 months with 3 massive singles to his name. Laughter Tears & Goosebumps is made of 13 powerful tracks with no features as the youngster further proves the commercial value of his style and brand.

HARRY KANE DOES THE UNTHINKABLE

How Hoffenheim established themselves as a Bundesliga force from a village of just 3,000 – ESPN