It will be recalled that Ghana officially introduced the malaria vaccine, popularly known as the RTS,S into its routine immunisation programme on May 1, 2019, with the exercise being piloted in 42 districts in seven regions across the country.
The beneficiary regions were Ahafo, Bono, Bono East, Central, Oti, Upper East and Volta.
The Malaria vaccine is given to children in four doses, starting from six months, then seven months, nine months and 18 months, and has been safely given alongside other routine vaccines for over three years in Ghana.
The expansion to cover more districts under the MVIP programme is based on the recommendation of the National Immunisation Technical Advisory Group (NITAG), following the World Health Organisations (WHO) recommendation for broader use of the RTS,S malaria vaccine in areas with moderate to high malaria transmission.
Media briefing
Speaking at a media briefing in Accra on Thursday morning, November 17, 2022, the Director-General of the Ghana Health Service (GHS), Dr Patrick Kuma-Aboagye, said the expansion has become necessary following the successful implementation of the pilot phase in the 2019.
He said evidence from the 42 districts that implemented the malaria vaccine has revealed that the vaccine is safe and feasible to be incorporated into the routine immunisation programme.
He said malaria still remains a major public health challenge in Ghana, noting that “In Ghana, malaria causes about 2000 deaths annually, with approximately 48 percent of afflicted children under the age of 5.”
Dr Kuma-Aboagye explained further that “malaria is a major cause of hospital attendance, contributing to an estimated 30 percent of admissions.”
RTS,S
He noted that recent advances in malaria vaccine development have increased the ability to protect young children against infection by one of the parasites causing malaria.
That, he said, the development of the RTS,S malaria vaccine by Glaxo Smith Kline (GSK), has increased confidence that a safe and efficacious vaccine would contribute to preventing malaria among children, adding that the RTS,S vaccine will greatly reduce malaria disease and deaths among children.
Currently, Dr Kuma-Aboagye noted, more than two million children in Ghana, Kenya and Malawi have so far received doses of the malaria vaccine.
“Over two million children who are less than two years of age have safely received the RTS,S malaria vaccine across Africa,” he noted.
Media’s role
He has, therefore, charged the media to continue supporting the Ghana Health Service to promote positive behaviours that will help stop the spread of malaria.
For him, the media has a critical role to play in the fight against malaria, saying “do use your medium to dispel rumours and misinformation while encouraging vaccine uptake.”
He addition, he said, “As important stakeholders and as role models, we encourage you to continue to advocate and create awareness on the devastating effect of malaria as well as the package of interventions available for malaria prevention.”
PATH
The Africa Lead of Vaccine Implementation at PATH, a global nonprofit organisation dedicated to health equity and one of the leading organisations for the malaria vaccine implementation, Mr John Bawa, commended Ghana’s efforts in scaling up the Malaria Vaccine Implementation Programme.
He said considering the various success that have been achieved with the vaccine in the countries that piloted it, it was necessary to integrate them into the healthcare system.
He also urged the media to use their platforms to get the support of the communities in the proposed districts that have been added to the existing implementing districts of the malaria vaccine.
EPI
The Manager of the Expanded Programme on Immunisation (EPI), Dr Kwame Amponsa-Achiano, expressed the concern that anti-malaria vaccine campaigns initially affected the uptake of the vaccines in the implementing districts.
However, he said, with education and sustained efforts, the exercise has so far received the needed support from the communities, hence leading to the full use of all the doses that Ghana received.
He said the RTS,S vaccine is safe for use and that there is no cause for any alarm, encouraging parents whose children fall within the age bracket for the vaccine to avail their children for it.
Dr Amponsa-Achiano also admonished parents to ensure that children who have received the full doses of the vaccines still be made to sleep under treated insecticide nets.
He explained that the malaria vaccine has not come to replace existing malaria control and prevention interventions and that it is only playing a supportive role to the existing malaria control measures.
Online Sales: 0242202447 | +233 0266361755 | 059 199 7513 | Ads Dept: +233 302 684001
News in Your Mail | Contact Us  | Advertise With Graphic | Twitter

Birmingham vs QPR predictions: Visitors can return to the summit - LiveScore 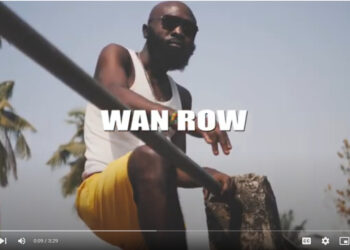 Wan Row on GRAB THE MIC