Oct 16, 2022
99 years ago in 1923
Officers and members of the Warren City Council of the Parent Teacher Associations were the guests of the teachers in the South Park Avenue school when an exhibit of the work of the mothers and fathers of the district, many of the pieces from their native countries, was placed on exhibit.
Fifteen nationalities were represented in the school enrollment. For two weeks, the teachers of the school, directed by Miss Alice Baldwin, principal, worked on bridging the school and the work of the parents of the district, and their efforts were richly rewarded in the very fine exhibit of fancy work, hand woodwork and many pieces of hand painting.
50 years ago in 1972
An Air Force investigation team continued to probe a midair explosion of an A37 fighter-bomber 15 miles east of Erie, Pa., near the New York State border, which killed two pilots based at the 910th Special Operations Group Air Force Reserve in Vienna.
Killed in the training mission were pilot Capt. Thomas Pytel, 28, of Kent, and co-pilot Maj. Michael Freeman, 40, of Wooster, both members of the 910th. A spokesman for the 910th said the pilots were both veteran fliers.
The men were flying the A37 swept-wing jet on a low-level training mission. Two eyewitnesses, a motorist and the farmer on whose land the plane crashed, said it appeared as if the craft was attempting to make an emergency landing in a clearing when the plane caught fire, plunged into a 45-degree angle dive and crashed.
“One possibility is that a bird flew into one of the jet engines. At that speed they can really foul things up,” a spokesman said.
25 years go in 1997
The decision to bring the new district office of the Boy Scouts of America to a Parkman Road industrial park was influenced by an offer of two acres for $15,000 — about one-third of the cost.
“The (Western Reserve) Council got a great deal, but the city of Warren get 18 to 21 new jobs and better service for those in our area involved in Scouting,” Warren Mayor Hank Angelo said. “I think it’s a good day for Warren and it was made possible by working with the developer.”
10 years ago in 2012
With a name fashioned out of the strange intersection of Logan Avenue, Niles Road and the old section of U.S. Route 422 that formed a triangular lot that the bar sat on, the family-owned watering hole the Triangle Inn tavern was perhaps one of the last remaining of its kind that had been in the same bloodline since it opened 75 years before.
And since May 2012, the Triangle had served more than its share of drive-by motorists while the Warren Boulevard bridge was undergoing reconstruction.
“The reason they built that (Warren Boulevard) bridge was because of the railroad track that runs just after Diane Sauer (Chevrolet dealership). You know they always said no one would rob a bank in downtown Warren because they couldn’t be assured of a safe getaway. There was always a train at the crossing when the steel mills were at full steam,” said retired defense attorney Tony Consoldane, who was sampling a chili dog at the Triangle while watching the Cleveland Browns get their first win of the season.
The bridge improvement carried a $1.3 million price tag and included reconstruction or replacement of the bridge deck, approach slaps, walls, pavement and guard rails. The work was funded through state and federal funds, with no local share, and was overseen by the Ohio Department of Transportation.
— Complied from the
archives of the Tribune Chronicle
by Allie Vugrincic.
Today’s breaking news and more in your inbox
Click here to watch the videoWatch video of the move by clicking the link on this story at www.tribtoday.com. TROY …
99 years ago in 1923 Officers and members of the Warren City Council of the Parent Teacher Associations were the …
Marriage licenses Marriage licenses granted in Trumbull County Sept. 26-30: Daniel I. Schragal, 24, Warren, and …
NILES — Wanting to share his love for model trains, Dennis Mamone welcomed people aboard at the Iron and Steel …
For the past seven years, Jeremy Cross of Warren has spent weekend nights in October in a metal casket in a …
Today’s breaking news and more in your inbox 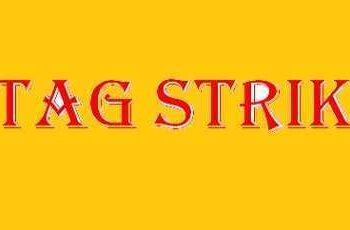