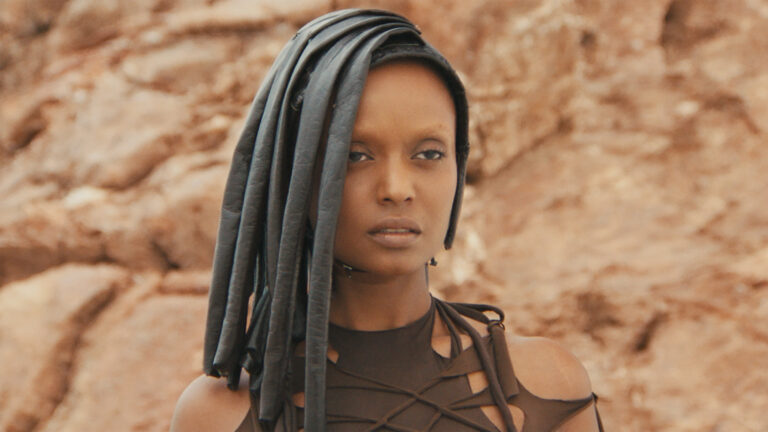 It’s officially a new era for Kelela. The singer/songwriter has returned with her new single “Washed Away.”

On the soothing tune, produced by Yo van Lenz, Kelela’s angelic vocals soar across an atmospheric backdrop.

“The mist, the light, the dust that settles the night / The hope, the longing, fade away, blurry-eyed / Riding out on metal rays / Moving on, a change of pace, and I’m / Far away,” Kelela coos.

There isn’t much of a climax in the song but it works in Kelela’s favor. The song’s simplicity feels intentional, as Kelela preps her fans for a new journey. “I love a banger, but for the first point of contact out of my hiatus, it felt more honest to lead with an ambient heart-check,” Kelela shares.

Kelela also notes that she recorded the song “in the midst of uncertainty” and a lot of her first takes made it to the final version of the song.

She adds, “I really didn’t think I’d hit on anything that would resonate out the gate, but I can see now that it was my willingness to try that paved the way for self-belief and renewal. Hope it makes you feel the same.

“Washed Away” arrives with a serene visual directed by Yasser Abubeker. The breathtaking video was filmed in the Danakil Depression, an area located in the northern part of Ethiopia’s Afar region.

“I specifically want to speak to marginalized Black folk and highlight the work we do to find renewal in a world that’s built to make us feel inadequate. This song is the soundtrack to the relief we find after going inward,” says Kelela.

“Washed Away” is Kelela’s first song release since her 2017 debut album, Take Me Apart.

“Despite it being a personal record, the politics of my identity informs how it sounds and how I choose to articulate my vulnerability and strength,” Kelela said of the album. “I am a black woman, a second-generation Ethiopian-American, who grew up in the ‘burbs listening to R&B, jazz and Björk. All of it comes out in one way or another.”