Some of the many alpacas at Seven Acres Alpaca Farm, located in Phoenix.
Pictured is Rosie the alpaca, who loves to give kisses and intrude on personal space, according to farm owners Bill Bundy and Paul McKinney.
PHOENIX — Seven Acres Alpaca Farm in Phoenix is offering weekend yoga lessons with alpacas at the farm, located at 9457 Dinglehole Road.
The yoga lessons are offered on select Saturday mornings and Sunday evenings. Lessons are instructed by Isabella Wennberg and are an hour long.
The idea to offer yoga with alpacas was inspired by goat yoga, according to co-owner Bill Bundy. Bundy said that they saw yoga with goats being offered at a number of farms, and they wanted to share the alpacas with the public, so offering the yoga lessons seemed like a good fit.
About half of the alpacas attend the yoga lessons at a time. The alpacas are very curious and are still getting used to people being at the farm for the lessons, according to Bundy.
“Last Saturday, we had two new babies that were quite active around the yoga folks, and so the animals are getting used to the people and they’re coming out closer and closer,” Bundy said. “So after a couple more visits, they truly will be doing yoga with alpacas. Right now we’re basically just introducing them before and after, but it’s been really fun watching.”
Co-owner Paul McKinney said that each alpaca has a special personality, and that the two owners enjoy sharing the farm and alpacas with visitors.
“We’re enjoying it … this is something that we really need to share with people,” McKinney said. “It’s a lovely environment.”
“There’s just something about the animals that is almost spiritual,” Bundy added. “They really seem to relate to humans. They seem to know when somebody needs a hug, and they really react to babies and they do like kids.”
The pair’s Border Collie, Missy, also enjoys the alpacas and is always eager to visit the babies.
Bundy and McKinney have been together for 38 years and established Seven Acres Alpaca Farm in 2015. They previously spent seven months out of the year in Florida and five months in Fulton, until Bundy’s mother was diagnosed with Parkinson’s disease. In 2014, Bundy decided he wanted to move back to the area year-round, bringing his mother with them. That summer, Bundy and McKinney discovered alpacas.
“That summer we were with a friend in Sharon Springs at a craft fair and came across these two strange looking animals,” McKinney said. “We both started talking with their owners and found out that they were alpacas and they were just beautiful. So on the way home Bill and I started chatting and I inadvertently asked him if that’s something he might like to do.”
The two decided to sell their Florida and Fulton homes and purchase the farm in Phoenix. With Jodi and Chris Hatch of Salmon River Alpacas as their mentors, Bundy and McKinney acquired five female alpacas and began their endeavor.
“We started with five, and one female was pregnant, and I didn’t want to have just one baby,” Bundy said. “So we purchased another female with a baby on board, and that started our breeding program. Right now I have 24 animals. Four are off the farm right now breeding, and I have two girls that are just back from breeding, so next spring I anticipate having six babies. I had two this year and two last year.”
The first baby alpaca was named after one of McKinney’s sisters, Geraldine. Other alpacas include Autumn Rose, Howie, Pearl, PrimaVera, Rosie, Sasha, Maddie and many others. Maddie has her own blog on the farm’s website called Maddie’s Musings, where “she” writes about the happenings at Seven Acres.
“There are no secrets on the farm,” Bundy said. “She blabs it all, the good, bad and the ugly.”
Bundy and McKinney said that the residents of Dinglehole Road have been very helpful to them, especially their neighbors, Lisa and Ed Hetko. They also said that their veterinarian, Dr. Rebecca Reynolds of Watertown Animal Hospital, is always available to assist them and even comes to the farm when needed.
The farm has other offerings besides yoga lessons, including a meeting space for book clubs and writing clubs, tours, a store, visits to facilities and more.
“Last year we started getting involved in what they consider to be the agri-tourism business,” McKinney said. “The idea is obviously bringing people to the farm and introducing them to alpacas. We’ve had great fun and success so far. This year we kind of expanded. We offer farm tours and they’re an hour long, and it introduces them to the background on the animal and their care and upkeep.”
The alpacas have visited the Baldwinsville Public Library and there are plans to visit St. Francis Commons in Oswego, where Bundy’s mother resided for a number of years.
The next yoga lesson will be held on Sunday, July 31, at 6:30 p.m., with various dates available in August. The yoga lessons will continue through September, and the Sunday lessons will be switched to a weekday, according to McKinney.
To register for yoga or to schedule a visit to the farm, visit the website at https://sevenacresalpaca.com/ or call 315-678-5000.
Sorry, there are no recent results for popular videos.
Sorry, there are no recent results for popular commented articles.
Sorry, an error occurred.

Would you like to receive our daily news? Signup today!

Thank you .
Your account has been registered, and you are now logged in.
Check your email for details.
Invalid password or account does not exist
Submitting this form below will send a message to your email with a link to change your password.
An email message containing instructions on how to reset your password has been sent to the e-mail address listed on your account.

Thank you.
Your purchase was successful, and you are now logged in.
A receipt was sent to your email. 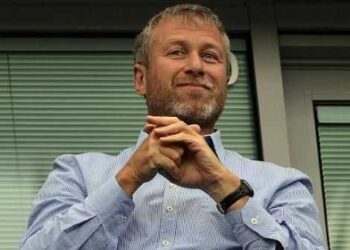