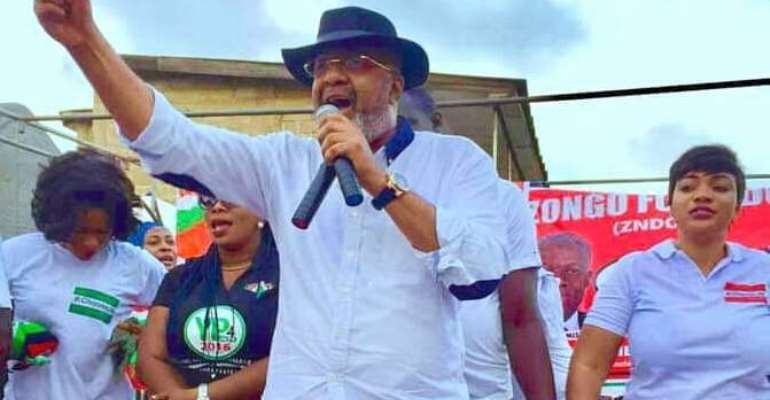 A former Member of Parliament and the National Vice Chairman of the National Democratic Congress, Alhaji Said Sinare has launched a fresh attack on NPP’s Zongo Development Fund describing it as “Audio Fund.”

He said the fund was a strategy developed by the Akufo-Addo-led government to defraud the people of Zongos to vote for them in the 2020 general elections which has nothing to show at the Zongos after the elections.

“I can categorically conclude that the said Audio fund was a strategy established by the Nana Addo-led government to defraud the people of the Zongos,” he said in a statement published on his Facebook page dated today, 5th of October 2021.

According to him, Ghana has become a pale shadow of itself under the leadership of President Nana Addo and Dr Bawumia.

The NDC guru noted that the President has resorted to reckless economic decisions in his tenure, with the most recent being the decision to build a National Cathedral and borrow to buy a presidential jet.

The furious former Ambassador blasted President Nana Addo for not following the plans the National Democratic Congress setups for the development of the country.

He called on the government to channel the nation’s resources into job creation to curb the high unemployment rate in the country which is gradually becoming a national security threat.

I was at the Nima Zongo couple of days ago and realized that the entire membership of the Ruling New Patriotic Party are scammers.

It is sad to write that, because of votes from my dear Muslims at the Zongos, people heartlessly sit on Radio and National televisions promise to develop our Zongos nationwide with what they termed as ZONGO DEVELOPMENT FUND.

I can categorically conclude that the said Audio fund was a strategy established by the Nana Addo-led government to defraud the people of the Zongos.

Naming diarrhoea that has engulfed the Nana Addo Government needs a Do or Die action in 2024 for this country to be extricated.

The poor Economic Conditions of the Ghanaian people must be blamed on the President who borrows to bath in the Sky, who borrow to rent an extraordinary Private jet and borrow to build a cathedral whilst those coming to worship in the cathedral cannot meet their three square meals and even buy fuel nor pay their rents.

It is time we all come together as one people to call on the Nana Addo-led government to channel the county’s resources into the creation of jobs for our people to curb the massive unemployment.

He is just ruling as if he has an unemployment benefits package for our dear youths despite the heavy loans.