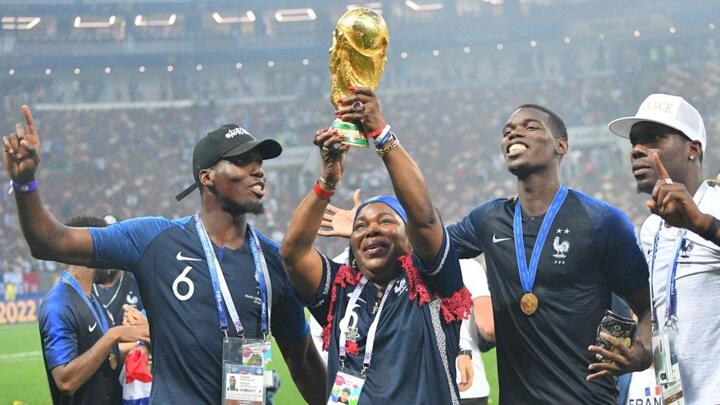 The dispute between Paul Pogba and his brother Mathias has been one of the more astonishing stories of the summer and it has continued over the last few days.

The Juventus midfielder is at the heart of a case surrounding “attempted extortion by an organized gang” with regards to Pogba.

Pogba complained to French authorities that he was trapped by hooded men and childhood friends, who demanded €13 million from him.

It’s believed that he has been threatened various times, and one of the gang members is his brother Mathias, as the gang have intimated – even being visited at Juventus’ training centre.

Additionally, it was reported that Pogba even hired a witchdoctor and Mathias claims that it was done to cast a spell over France international and Pogba’s team-mate, Kylian Mbappe.

Pogba offered to pay the gang members €100,000, but they refused, saying they wanted €13 million from him and continued their blackmail attempts.

The gang visited Pogba on several occasions, including once in Manchester in April, and another time at Juventus’ training ground in July, after which the player decided to take legal action.

Now, it’s been revealed that Pogba did pay a witchdoctor, but not to harm Mbappe, instead, he wished to be helped for a children’s charity he supported in Africa.

Pogba now believes that his brother is acting under the orders of gang members, according to FranceInfo, and that he is pressured heavily by them.

Previously, Mathias spoke about the situation: “It’s not about money: You implicated me in spite of myself, I almost died due to you, you left me in the hole while fleeing & want to play innocent, when everything is said, people will see that there is no bigger coward, traitor and hypocrite than you on this earth.”

“Kylian, now do you understand? I have nothing negative against you, my words are for your good, everything is true and proven, the witch doctor is known!

“Sorry to this brother, a so called Muslim deep in witchcraft, it’s never good to have a hypocrite and a traitor near you!”

How far this case carries on remains to be seen, but for now, the investigation is ongoing and more will be revealed in the coming weeks.