Alexis Saelemaekers grabbed a point for Milan in Salzburg after the well-taken Noah Okafor opener, but this Champions League group is proving trickier than anyone expected. 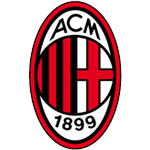 52′ Fernando’s shot flies into the sky

Alexis Saelemaekers grabbed a point for Milan in Salzburg after the well-taken Noah Okafor opener, but this Champions League group is proving trickier than anyone expected.

The group started with a shock result, as Chelsea were beaten 1-0 by Dinamo Zagreb earlier this evening.

Olivier Giroud fired straight at the goalkeeper when he should’ve pulled back from the by-line, while Fernando’s effort was charged down after turning Davide Calabria inside out.

Salzburg took the lead with a goal of real skill, as Fernando caught Ismael Bennacer napping and threaded through for Noah Okafor, who shimmied away from Pierre Kalulu to fire an angled drive across Mike Maignan.

Milan got their equaliser when Rafael Leao burst down the left and rolled across for Alexis Saelemaekers, who had time to control and score from 12 yards, as the defenders were busy marking Giroud, the Frenchman literally jumping out of the way of his teammate.

Fernando continued to be the biggest danger, as he really should’ve done better when turning over from a splendid Maurits Kjaergaard ball across the face of goal, then failed to provide the finish to match his very strong run.

Nicolas Seiwald tested Maignan from distance and Tommaso Pobega scuffed a shot wide, plus Sergino Dest made his debut for Milan.

Divock Origi sent Brahim Diaz through, denied by the goalkeeper rushing off his line to smother at the Spaniard’s feet, then Origi turned from six yards on a Theo Hernandez assist only to scuff the finish.