Tennessee football: Look how far Josh Heupel and the Vols have come – Saturday Down South

Nobody could have guessed this was coming.
Two years ago, Tennessee football reached its lowest point in program history. A 3-7 season and a flurry of NCAA violations gave way to the dismissal of head coach Jeremy Pruitt and a kicked off a mass exodus of some of the top players on the team.
Here’s a short list of those players, most of whom were starters: Eric Gray, Ty Chandler, Henry To’o To’o, Key Lawrence, Quavaris Crouch, Baylen Buchanen, Brandon Johnson, Deandre Johnson and Wanya Morris. And that’s not even the half of it.
With the firing of Pruitt came the departure of Phillip Fulmer as athletic director. The program was tearing it down and starting from scratch.
Right off the bat, newly hired AD Danny White said he would find a coach that would have the Vols on top again – soon. Many were skeptical.
At first, fans were frustrated with the hire of Josh Heupel from Central Florida. He seemed to be a coaching prospect whose team had gotten worse each year during his 3 seasons as head coach with mediocre defensive numbers. Some might have been cautiously optimistic about the idea of a fun, fresh offense. But at the time, there wasn’t much to celebrate other than that.
Now the fans have something to celebrate. That may be the understatement of the week.
Tennessee did a few monumental things Saturday against Alabama. The Vols snapped a 15-game losing streak against a bitter rival and legitimized their standing as a national championship contender, improving to 6-0 for the first time since 1998 with a 52-49 win against the Crimson Tide.
Look at this crowd. There wasn’t a security force in the nation keeping those fans from the field
Tennessee sportsbooks are live in the Volunteer state since November 1, 2020. Tennessee was the first SEC state to legalize sports betting.
Tennessee beats Alabama and the UT fans storm the field! ⁦@rockytopinsider⁩ pic.twitter.com/RELv4VPyLd
— Ric Butler (@Ric_Butler) October 16, 2022
Everyone who suited up Saturday night played a part in Tennessee’s win. Chase McGrath knocked the biggest kick of his life through the uprights for the game-winner. Jalin Hyatt looked like a man amongst boys. With 5 TD receptions he tied a single-game SEC record and shattered Tennessee’s record. The defense played as well as you can down 3 starters in the secondary.
But Tennessee’s journey from the bottom of the SEC to today was forged by 3 men: White, Heupel and Hendon Hooker.
The Virginia Tech transfer has a claim to the title of best football player in the nation right now. Even with a few mistakes he was calm and collected when it counted. A pass few will forget was his laser to Bru McCoy with 9 seconds remaining, setting McGrath up for a reasonable field goal.
TENNESSEE IN FIELD GOAL RANGE! SO CLUTCH. pic.twitter.com/gVXGcQkvMK
— CBS Sports (@CBSSports) October 15, 2022
A run through the numbers reveals why Hooker is a Heisman Trophy frontrunner: completions on 21 of 30 attempts for 381 yards and 5 touchdowns. Hooker was the catalyst for a team that scored the most points on the Crimson Tide in more than a century. Alabama’s last time seeing 52 on the opposing scoreboard predates the crossword puzzle.
It’s been said Hooker was a good quarterback who has reached a new plateau after coming to Tennessee. That’s a direct result of Heupel. The quarterback position is where it is won or lost, after all.
Tennessee always seemed like a team that was a good quarterback away from competing in this past decade. Josh Dobbs provided that in 2016, but there was no one to fill the void after his departure.
Football is supposed to be fun. Both for the players and the fans. Nobody was having fun in Knoxville 2 years ago.
Not only was it bad, it was dreary. A 3-7 record meant Tennessee’s lowest win percentage in program history. The defense allowed the 2nd most points per game in a season since 2000. In nearly every offensive category, the Vols ranked in the  bottom-5 among Tennessee teams since 2000.
White saw that upon arriving in Knoxville and made the call to a familiar face – the coach who mentored Dillon Gabriel, Sam Bradford, Drew Lock, Landry Jones and McKenzie Milton was perfect for the job and, though not planned, the perfect guy to transform Hooker into who he is today.
And White’s intuition was right. Heupel was the perfect coach for a rebuild of this caliber. He’s got a long career ahead of him and a lot of work to do, but not a soul in Knoxville expected him to beat Alabama in Year 2. For that alone he gets a pass for a good, long while.
The Vols will be receiving a few No. 1 votes in the AP poll. They’re legitimate national contenders and they have a Heisman-caliber player under center.
Let’s just go ahead and say it: Tennessee football is back.
And they’re having fun, too.
What’s up #Volnation!!!! pic.twitter.com/WI7sRTAjRM
— Danny White (@AD_DannyWhite) October 16, 2022

You must be logged in to post a comment. Please sign in or register
At the Florida game, seeing all the security near the end, I said, mostly joking, “If we beat Bama, I don’t care if the National Guard is on the field, they will storm the field.” I was not expecting victory. But I was wrong, and I’ve never been so glad to be wrong.
100% Team Effort…
Biggest win since 98
Watching post game video, it was fun to see the refs under the goal post call it good than take off running as fast as they can to the other end of the field as the crowd starting coming onto the field. I wonder how long it took them. Or the Bama players bolting off the field as fans started pouring onto the field..
New TN phrase. “Feels like 22”. The roaring 20’s are back people! lol
Bama could easily have 3 losses now. I wouldn’t get too excited yet.
but they don’t .. do they.
Then again, as a Gator fan I can see why you’re not too excited.
Really gator fan. Bama would crush you by 28
I want to see a Dr. Pepper Fansville commercial where the kid whose parents brought in Bryce Young comes home with his new college buddy Hendon Hooker.
I literally LOL’d reading that. You win Best Comment for the day fine Sir.
Anybody who says they thought this was remotely possible 18 months ago is lying. There were 2 people, TWO, who had.a hint of a vision that this could be achieved. Those are Danny White and Josh Heupel. Most of us realists didn’t think this was possible just 7 weeks ago. If CJH isn’t National Coach of the Year then those voters aren’t watching football. I don’t know if TN will beat KY or UGA. I believe they CAN, but it’ll take a helluva effort and a few breaks as both are playing good ball. I’m just glad to see The Big Orange in the conversations and not in the basement anymore. It’s been a long and tough road for us Vol fans the past 15ish years.
We beat Ky. GA may be another story but their offense has no chance to keep up if we can score. It’s gonna be all on GAs Defense.
What a great game ! Tennessee players/coaches/fans…Congratulations on your Victory.
Thanks. Your classy fan. The kind that we all should be like. We will see u again. Hopefully in SEC championship
It was a great game. Both teams played their hearts out. No one has anything to feel bad about. That game could have gone either way, and often did.
Thank you, fantastic game, been a long time coming, Saban is a living legend and Bama is a modern football dynasty. I prefer the SEC to be strong across the board, makes for great competition and football (NFL cant compare). Texas & OU coming too, boom, excited that Tennessee is relevant again and for the future of the conference.
Josh isn’t going anywhere for a long time. This team is going to be scary for the foreseeable future and Jeremy Pruitt was right. This is the decade of the vols!! Does anyone remember him saying that?!
Yes he did say it. And just wait till he gets all of “HIS” guys in the room. I.e. Nico and Cam Seldon.
The thing to remember is UT is still playing with a depleted roster. The transfer portal has allowed UT to gain fast, but they still don’t have the 3-4 deep 4 and 5 stars Alabama and Georgia have. So far, it looks like Coach H and staff are recruiting pretty well. Games like this one with the crowd can’t but help.
Now on to the rest of the season, hopefully still undefeated when UT travels to UGA.
This is what impresses me most. Heupel has taken a talent depleted team and worked miracles.
We do not target any individuals under the age of 21. We support responsible gambling. If you feel like you’re losing control over your gambling experience, call 1-800-GAMBLER (NJ, PA, WV), 1-800-9-WITH-IT (IN), 1-800-BETS-OFF (IA), 1-888- 532-3500(Virginia) 1-800-522-4700 (NV, TN), 1-800-522-4700 (CO, TN), 1-855-2CALLGA (IL), 1-800-270-7117 (MI).
About Saturday Down South | Ethics and Editorial Standards | Privacy Policy | Terms and Conditions | Do Not Sell My Personal Information 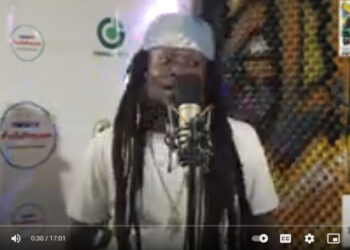 Faya Kindred on Grab the Mic