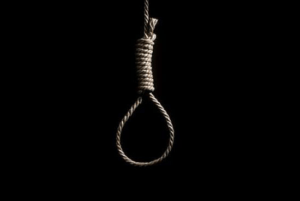 Dr Emmanuel Nii-Boye Quarshie, Senior Lecturer, Department of Psychology, University of Ghana, says two out of 10 students in Junior High School and Senior High School are contemplating suicide.
He said three out of 10 University students had suicidal thoughts and attempts.
Dr Quarshie, who disclosed this to the Ghana News Agency on the sidelines of the launch of the Ghana Association for Suicide Prevention (GASP), said the facts were gathered in a research project he was involved in which was on suicide thoughts and attempts by students in the country.
The event was held on the theme, “15 Years of Suicide Research and Prevention in Ghana: Prospects, Challenges and the Future.”
The GASP is an association of stakeholders involved in championing suicide mitigation and prevention.
The six-member association which had Dr Quarshie as President will be championing advocacy and outreaches to address suicide menace.
The Researcher said the causes were multi-layered and existed at the personal level and the socio-ecological contexts within which they lived, including family context, school environment and the broader community context.
In all, he cited causes such as low self-worth, depression, physical abuse, parental divorce, conflict with parents, bullying, poor academic performance, poverty, among others.
Dr Quarshie stressed that suicide had, unfortunately, become a reality among young people, adding that, policy makers and stakeholders needed to collectively deal with the canker.
“Originally, we all thought that suicide should be an adult thing, but why are young people now involved. We need to rise and deal with the canker,” he added.
Dr Quarshie said across the general population, various factors associated with suicidal behaviours included untreated mental health disorders, depression, anxiety alcohol and substance abuse, and financial insecurity.
He called on the government to repeal the anti-suicide law and invest in expanding access to and infrastructure of mental healthcare.
He said this would contribute immensely to Ghana’s efforts at meeting the United Nations Sustainable Development Goal to reduce by one-third premature mortality from suicide by the year 2030.
Source: GNA
Prev Post
Court sentences trader 10 years for possessing narcotics
Next Post
ECOWAS Court President, Vice President re-elected for initial two years
Your email address will not be published.

Young Man Claims He Would Have Been Among Ghana's Youngest Billionaires Had He Not Spend On Girlfriend – YEN.COM.GH – Yen.com.gh