An ex-Russian T-62 in Ukrainian colors.
After losing more than a thousand of its best tanks to Ukrainian forces, this summer the Russian army began pulling from storage potentially hundreds of the best tanks it had left: T-62s designed in the 1950s, first produced in the 1960s and mostly retired from the Soviet army in the 1980s and placed into storage by the thousands.
Even with reconditioning and modest updates, the aging tanks … haven’t performed very well. There’s a clear trend of four-man T-62 crews abandoning their tanks instead of putting up a fight, especially in southern Ukraine’s Kherson Oblast, where the Ukrainians launched a counteroffensive in late August.
The Ukrainian armed forces now have captured enough T-62s from the Russians to form a T-62 battalion of their own. Whether they’ll do so remains an open question, although it’s worth noting that Ukrainian officials didn’t say no when Slovenian officials offered the Ukrainians M-55 tanks that, while upgraded, are even older in their bones than the T-62s.
Independent analysts, scouring social media for photos and videos, have been tallying Russia’s tank losses. They so far have counted a whopping 1,425 destroyed, abandoned and captured Russian tanks representing every front-line model: T-90s, T-80s, T-72s, T-64s and now T-62s.
Ukraine’s own losses are lighter: just 336 tanks destroyed, abandoned and captured.
Among the losses are 37 T-62Ms and six T-62MVs. The T-62M is the product of an upgrade program in the 1980s that gave the basic, 41-ton tank a new diesel engine and better fire-controls systems for its 115-millimeter main gun. The T-62MV is an M-model with reactive armor blocks to help deflect high-explosive warheads.
Almost all of the T-62s the Russians have written off are intact. Analysts have confirmed the destruction of just five T-62Ms and one T-62MV. That leaves 37 T-62s that, in theory, the Ukrainian army could clean up, repaint, fit with Ukrainian radios and send back into battle. Ukrainian brigades already are using hundreds of T-80s, T-72s and T-64s they’ve captured from the Russians in the eight months since Russia widened its war on Ukraine.
They’d almost certainly want to keep the T-62s together in a single battalion, which as it happens requires around three dozen tanks. It’s not for no reason the Slovenians offered all 28 M-55s they had in storage. They’re just numerous enough to equip a battalion.
The Ukrainians have mixed T-80s and T-64s within units, but those models share automotive components. And the T-80, T-72 and T-64 all have the same basic armament: a 125-millimeter main gun with 12.7-millimeter machine guns as backup. The T-62’s own main gun is a unique caliber requiring unique ammunition.
It’s not impossible for the Ukrainians to support their new, old, ex-Russian T-62s. The Ukrainian army inherited hundreds of T-62s from the Soviet army when the latter dissolved in 1991. Those leftovers are rusting away in open vehicle parks. But many of the technicians who once repaired them still are around, if a bit gray.
Whether the Ukrainians make use of the T-62s is a matter of choice. They certainly could do so, but they might also decide the aging vehicles aren’t worth the cost of repairing, supporting and crewing them.
On the other hand, the Ukrainian army has made use of equipment that’s much older, weirder and rarer than a T-62, including M-46 field guns from the 1950s and improvised chop-jobs combining the hulls of MT-LB tractors with World War II-vintage D-44 field guns.
The Ukrainians have made a deliberate effort to harden their lighter brigades by replacing trucks with armored fighting vehicles, and fighting vehicles with tanks. A Ukrainian territorial brigade currently with no tanks might not mind having very old tanks.
And it’s a safe bet the Ukrainians wouldn’t abandon their T-62s at the first hint of combat, as the Russians have done. The Russian army in Ukraine is poorly led, under-supplied and increasingly populated with untrained draftees. Of course they’re abandoning their tanks.
The Ukrainian army by contrast is expertly led, adequately supplied and increasingly populated with battle-hardened veterans benefiting from the best NATO training. If the Ukrainians opt to use their ex-Russian T-62s, they’ll probably make a better show of it than the Russians have done. 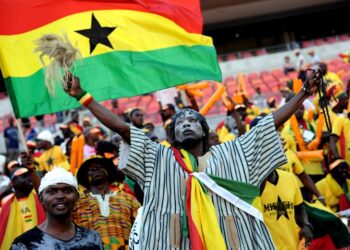