Be Circumspect In Your Utterances Regarding Nkoranza Riots – Police 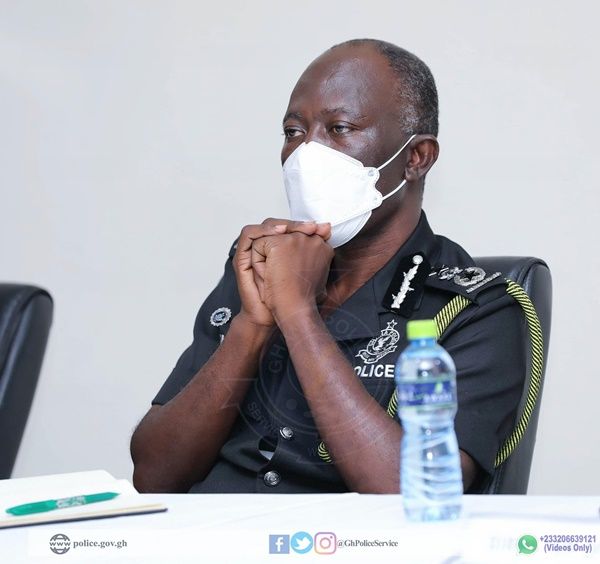 The Ghana Police Service (GPS) has urged citizens to be circumspect in their commentaries on the Nkoranza riots in order not to mar the peace and security in the community and its environs.

A statement signed by Deputy Commissioner of Police (DCOP) Kwesi Ofori, Director-General, Public Affairs, GPS, and copied to the Ghana News Agency, said an investigation into the matter was ongoing and as soon as investigations were completed, the Police would communicate the outcome to the families of the deceased and thereafter to the general public.

It said “following the death of Albert Donkor in the anti-robbery operation, the Regional Police Commander engaged the family, traditional authorities, opinion leaders and the youth to exercise restrain as Police looked into the issue.”

The statement said Dr. George Akuffo Dampare, Inspector-General of Police (IGP), also spoke to the family of the deceased on the phone and assured them of a thorough investigation into the matter.

It said all these engagements were done and investigation commenced, and yet the youth attacked the Police stations and caused destruction to Police properties.

The statement said following these attacks, the IGP dispatched a high-profile team led by the Director-General Administration to provide strategic leadership for the ongoing operation to restore law and order in Nkoranza and its environs.

It said the Criminal Investigation Department (CID) and the Police Professional Standards Bureau (PPSB) had since commenced investigation into the circumstances that led to the death of Albert Donkor.

The statement said the investigation had also been extended to cover the attacks on the Police station and the rioting in town, resulting in the death of Victor Owusu and the injuries to others.

It said ballistics experts had been deployed to Nkoranza to assist in the investigation.

The statement said all the families had been contacted and they were working with the Police in the investigation by providing statements, among others.

It said Clinical psychologists had been assigned to offer psychological support to Police personnel and their families as well as the deceased families.

The statement said while these investigations were in progress, the IGP and some members of the Police Management Board (POMAB) visited Nkoranza to assess the situation on the ground and engaged relevant stakeholders on these matters.

It said the IGP and his team put forward a request to the families to work with the Police for the postmortem on the bodies to be performed immediately to facilitate the completion of the investigation.

The statement said the Police Administration had redefined the communication strategy of the Service as part of its transformation agenda, with the belief that over time, people would come to appreciate and understand.

“We know it is not going to be easy but we will persevere because that is the right thing to do. Under the new strategy, we release statements on issues as they happen where we give factual information to the public.”

“In this regard, we hesitate till we have accurate information before coming out to the public in a manner that will not affect any further investigation or whatsoever,” it said.

The statement said the Police were also sensitive to the cultural environment within which they operated and as a result, they ensured that in all cases, affected families were informed before statements were released into the public domain.

“We give information on cases as they happen till the matter is put before the court after which we cease commenting on it as long as it is not in breach of the judicial process, in line with our Standard Operating Procedures (SOPs).”

“We will, therefore, not engage in speculative issues in the public domain on a minute-by-minute basis. We have adopted this strategy in handling these matters currently under investigation.”

The Ghana Police Service (GPS) has urged citizens to be circumspect in their commentaries on the Nkoranza riots in order not to mar the peace and security in the community and its environs.