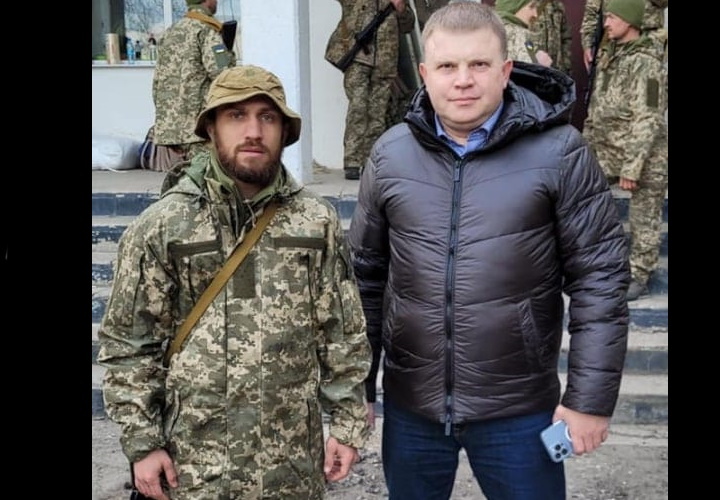 Vasiliy Lomachenko is ready to join a fight far more serious. A fight that is seriously more than the battles he’s faced in the boxing ring.

The former three-division champion and two-time Olympics gold medalist posted a picture on his Facebook page. it indicates that he’s joined a territorial defence battalion in Ukraine days after Russia invaded the country and as tensions continue to escalate during the crisis.

Lomachenko was seen wearing military fatigues and carrying an assault rifle. Next to him was Bilhorod-Dnistrovskyi mayor Vitaliy Grazhdan.

A photo caption in Russian translates to:… “the Bilhorod-Dnistrovskyi Battalion of Territorial Defense is formed and armed.”

BoxingScene.com reached out to Lomachenko’s manager Egis Klimas for additional information. The effort was to no avail.

Earlier in the week, the 34-year-old Lomachenko was in Greece when the Russian invasion started.

Vitali is currently the mayor of Kyiv, the capital city of Ukraine with a population of nearly 2.8 million people.

“We are hunting Russian troops and it will be much easier if nobody is on the street. ” Vitali said Sunday in an interview with The Associated Press.

“I just talked to the president (Volodymyr Zelenskyy). Everybody is not feeling so well.

“We show our character, our knowledge, our values.

“We built this territorial defence (system) in a short amount of time — but these are patriotic people.

“Right now, the most important question is to defend our country.

“We are at the border of a humanitarian catastrophe. Right now, we have electricity, right now e have water and heating in our houses.

“That’s why the message for everyone has supported Ukraine together … we are strong. Every Ukrainian is proud to be independent, proud to be Ukrainian, and we are proud to have our own country.

In recent weeks, Lomachenko (16-2, 11 KOs) has been one of the leading candidates to face IBF, WBO, WBA, and WBC Franchise champion George Kambosos Jr. for a potential fight this summer.

Lomachenko last fought in December and scored a unanimous decision victory against Richard Commey at the Madison Square Garden in New York.