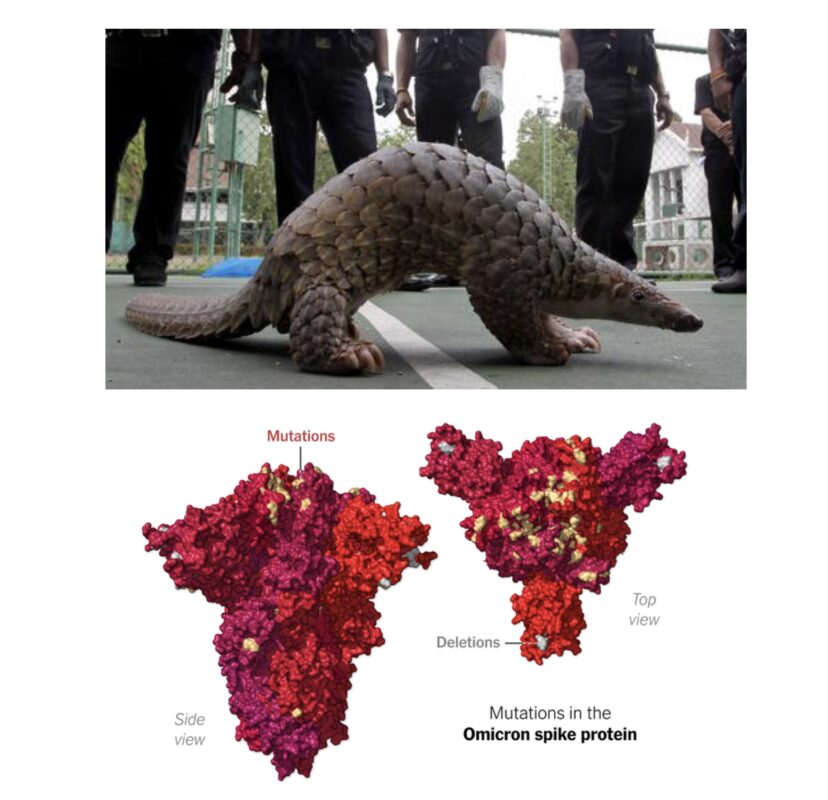 Omicron is the newest Covid-19 “variant of concern,” according to the World Health Organization.

A new Covid-19 variant, now named the omicron variant, was detected in South Africa on Wednesday, prompting renewed concern about the pandemic, a major stock market drop, and the imposition of new international travel restrictions to stop the spread.

Though the variant’s existence was first reported by South Africa, it has also been found in Belgium, Botswana, Germany, Hong Kong, Israel, Italy, and the United Kingdom, meaning the variant has already spread — though how far is unclear, as new cases continue cropping up around the world.

While it will take scientists some weeks to understand the omicron variant, including how quickly it can spread and what the illness that results from infection looks like, the World Health Organization has already labeled omicron a “variant of concern,” meaning it could be more transmissible, more virulent, or more able to evade the protection granted by vaccines than the original strain of Covid-19.

More information about the new variant is sure to emerge over the coming days and weeks, but here’s what experts are saying so far.

Early evidence suggests that the omicron variant is highly contagious, possibly more so than the delta variant. With more than 30 mutations on the spike protein — the part of the virus that binds to a human cell, infecting it — omicron could both be more transmissible and have more mechanisms to evade immunity already conferred by vaccines or prior infection.

So far, cases of the variant have appeared primarily in young people, leaving them exhausted and with body aches and soreness, according to Dr. Angelique Coetzee, head of the South African Medical Association. “We’re not talking about patients that might go straight to a hospital and be admitted,” she told the BBC.

Relative to its pandemic peak, cases in South Africa are relatively low right now. However, the country has still seen a substantial spike in new infections: On Friday, South Africa reported new 2,828 Covid-19 cases, according to the Associated Press, with as many as 90 percent of those cases potentially caused by the omicron variant.

Reinfection is also concern with the new variant, according to the journal Nature, but at this early stage, it’s difficult to tell how likely reinfection or breakthrough infections actually are.

“The mutation profile gives us concern, but now we need to do the work to understand the significance of this variant and what it means for the response to the pandemic,” Dr. Richard Lessells, an infectious disease expert at University of KwaZulu-Natal in Durban, South Africa, said at a South African health ministry press conference on Thursday.

Whether the efficacy of treatments such as monoclonal antibodies — and new pill treatments from Pfizer and Merck — will be the same against the omicron variant is also unclear, as is the new variant’s virulence, or how sick it will make those infected, Dr. Leana Wen, a professor of public health at George Washington University, told CNN’s Jim Acosta on Friday.

According to the WHO, the earliest known case of the omicron variant was November 9, and the mutation was first detected November 24 in South Africa, which has an advanced detection system. While the delta variant is still the dominant strain worldwide and accounts for for 99.9 percent of cases in the US, the discovery of the omicron variant has coincided with a spike in South African cases — a 1,124 percent increase over the past two weeks, according to the New York Times.

However, the variant has likely spread far more widely than South Africa, according to the US’s top infectious disease expert, Dr. Anthony Fauci. “When you have a virus that’s showing this degree of transmissibility & you’re having travel-related cases…it almost invariably is going to go all over,” NBC reporter Kaitlan Collins tweeted Saturday, quoting Fauci.

On Friday, President Joe Biden announced new travel restrictions on eight southern African countries, which will take effect on Monday. Travel from Lesotho, South Africa, Eswatini, Namibia, Zimbabwe, Mozambique, Malawi, and Botswana will be restricted, though those restrictions won’t apply to US citizens or green card holders, among other groups.

As Wen said on Friday, travel bans don’t necessarily do much overall to prevent the spread of the virus, but they can buy time for governments to learn more about diseases and variants and better protect their populations.

“I’ve decided that we’re going to be cautious,” Biden told reporters on Friday. “But we don’t know a lot about the variant except that it is of great concern; it seems to spread rapidly.”

Other nations — the UK, Singapore, Israel, France, and Germany — are also restricting travel from southern African nations in an effort to contain the new variant, despite criticism from the South African government.

“This latest round of travel bans is akin to punishing South Africa for its advanced genomic sequencing and the ability to detect new variants quicker,” South Africa’s foreign ministry said in a Saturday statement. “Excellent science should be applauded and not punished.”

As of Saturday the US has not imposed any new travel restrictions on the European or Asian nations where the omicron variant has appeared.

In addition to imminent travel restrictions on a number of southern African nations, Biden urged vaccination and boosters for US citizens as a response to the new variant.

To that end, Biden on Friday also called on wealthy countries with the capability to donate vaccines to do so to low- and middle-income countries, as well as to waive intellectual property rights on current vaccines and treatments so that poorer countries can produce generic versions.

Accessibility isn’t the only issue when it comes to a global vaccination campaign, however. Vaccine hesitancy has proven to be a global problem, including in South Africa, where last week the government asked drug companies to delay delivery of new vaccine doses in response to declining demand, despite only 35 percent of its adult population being inoculated. Europe is presently struggling with a new outbreak at least partly due to its this uneven vaccine uptake and vaccine resistance.

Omicron is likely already in the US, given the loosened restrictions on international travel earlier in the month and the fact that the variant dates at least as far back as November 9. And even if it’s not yet, it soon will be, experts say.

“It’s not going to be possible to keep this infection out of the country,” Fauci told the New York Times. “The question is: Can you slow it down?”

While there are still many unknowns about the omicron variant, experts agree that it’s a troubling development in the Covid-19 pandemic.

“We’ve seen variants come and go, and every month or two we hear about one,” Dr. Ashish Jha, the dean of the Brown University School of Public Health, told PBS on Friday. “This one is concerning. This one is different. There are a lot of features here that have me and many of us concerned about this.”

Delta, the current dominant strain of the virus, shows heightened transmissibility and an ability to evade antibodies, as Vox’s Umair Irfan explained in June. But as with delta, the key to limiting omicron’s spread depends upon human behavior and people’s willingness to engage with proven public health responses.

Stopping the spread also means stopping the possibility of harmful mutations to the virus. Mutations — changes to the makeup of the virus — are bound to happen, and many of them are harmless to people. The more opportunities the virus has to spread, however, the more chance it has to mutate into a variation that spreads faster, is more resistant to antibodies and treatments, or creates worse health outcomes — or even all of these negative traits.

Existing tools, however, should still be effective in stopping omicron — PCR tests appear to detect the variant, according to the WHO, and Francis Collins, the director of the National Institutes of Health, told NPR on Friday that “there is no data at the present time to indicate that the current vaccines would not work [against omicron].”

Additionally, masking and social distancing both are proven strategies to stop the spread of Covid-19, as are getting vaccinated and getting a booster shot.

Those steps are especially crucial as the holiday season and cold weather bring people together indoors, where transmission occurs. According to the New York Times’ Covid-19 tracker, cases in the US have increased 10 percent over the past two weeks, with a daily average of 87,195 new cases, 52,279 hospitalizations, and 1,013 deaths. As of November 24, almost 75 percent of vaccine-eligible Americans have received at least one vaccine dose.