TYSON FURY VS DILLIAN WHYTE IS UP NEXT: LIVE RESULTS, UPDATES, HIGHLIGHTS FROM THE HEAVYWEIGHT TITLE FIGHT AT WEMBLEY 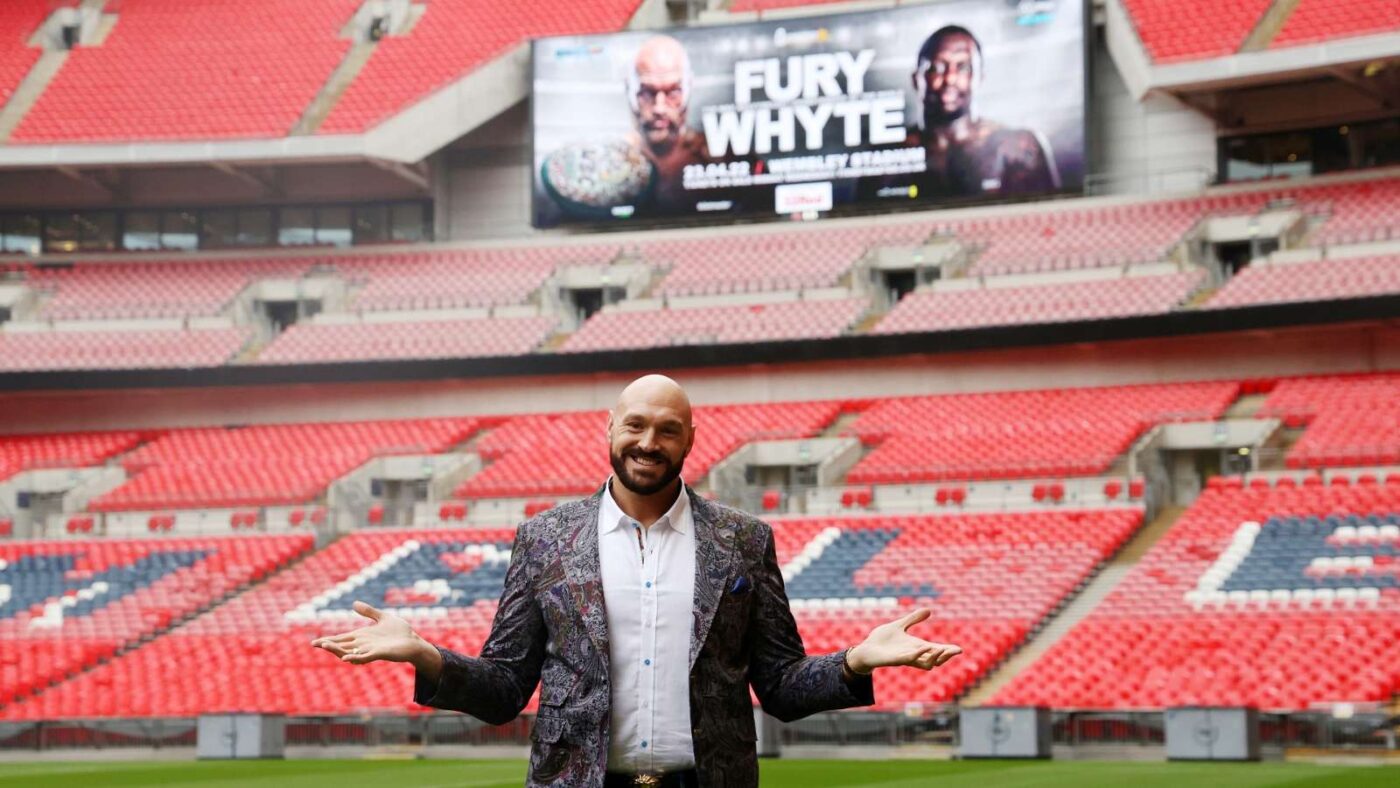 LONDON — Tyson Fury says this will be his last fight, but he says that a lot.

The champ’s long-awaited return to fighting on home soil has had its fair share of twists and turns along the way, but the time for talk is over.

Join us, live from the stadium, for undercard results and round-by-round updates of the big one, our main event for the evening, Fury vs. Whyte.

Pretty balanced and tentative stuff to start, with Whyte starting off southpaw and favouring the attempted body jabs while Fury found some success with a few light lands in the later going.

Intros are done. The referee’s final instructions are done. Seconds out… ROUND ONE!

And next, the final in-ring introductions. It’s almost time…

…American Pie played in its entirety BEFORE Fury came out. Then, some other promo video played. NOW, Fury appears. He may have risen from the first Wilder fight like The Undertaker, but he now takes as long to get to the ring as well.

And to American Pie, out walks the WBC heavyweight king, Tyson Fury!

After a tense delay, the challenger appears to the strains of Back in Black.:05
Oh

Hello and welcome to our live coverage at the storied Wembley Stadium in London, England, for the heavyweight title superfight between WBC champion Tyson Fury and challenger Dillian Whyte. Here’s the card rundown for you: