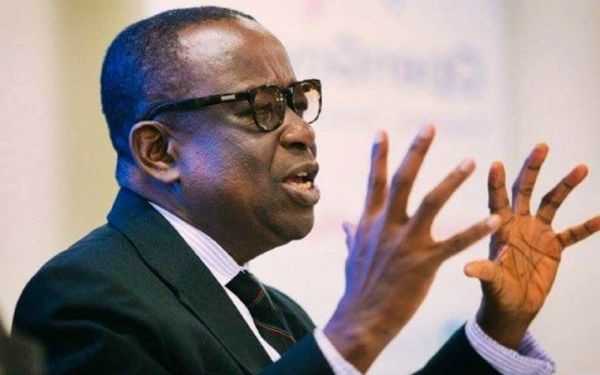 He said the minister was brave to have voiced out issues involving the judiciary despite his key involvement in the current Nana Addo-led government.

“He [Kan-Dapaah is one person who is always bold to speak the truth,” he said.

Adding that, “I am happy this issue is not coming from any NDC member but a member from the ruling government.”

Kan-Dapaah, during a meeting last week with members of the judiciary, underscored the importance of the third arm of government to peace and national security.

While urging them to ensure the continuous delivery of fair judgments, he pointed out that any perception of bias on the part of the judiciary has dire consequences on the country’s security.

“Injustice occasioned as a result of the absence of an effective justice delivery system or delayed justice or biased justice is certainly a threat to national security. Indeed, when

injustice abounds, particularly in situations where the bench, which is considered the final arbiter of disputes, is deemed biased, citizens tend to take the law into their own hands most times without recourse to the established systems of justice delivery.

“If the interpretation of the law is tilted in our favour all the time, people will start accusing the judiciary and will not have the confidence that they need,” he warned.

His comments have, however, generated controversy with many including members of his own party, attacking the former Member of Parliament for his utterances.

“ . . saying that one political party is in power [so] the justices should be mindful of how they interpret the law is completely lopsided. National security would be threatened in what way? So, what? The judges are supposed to balance the equation? They give five judgements in favour of the NPP and give another five in favour of the NDC?

“It’s not a sharing party. I really respect Kan Dapaah a lot but I think maybe he got the context completely wrong,” he stated.

Pat On The Back

Ahmed Ibrahim, however, lauded the National Security Minister for addressing the issue of a possible security threat to the nation. To him, Mr Kan-Dapaah might have grounds for passing such comments considering the highly sensitive security position he wields.

“He was speaking based on national security perspective,” he noted.