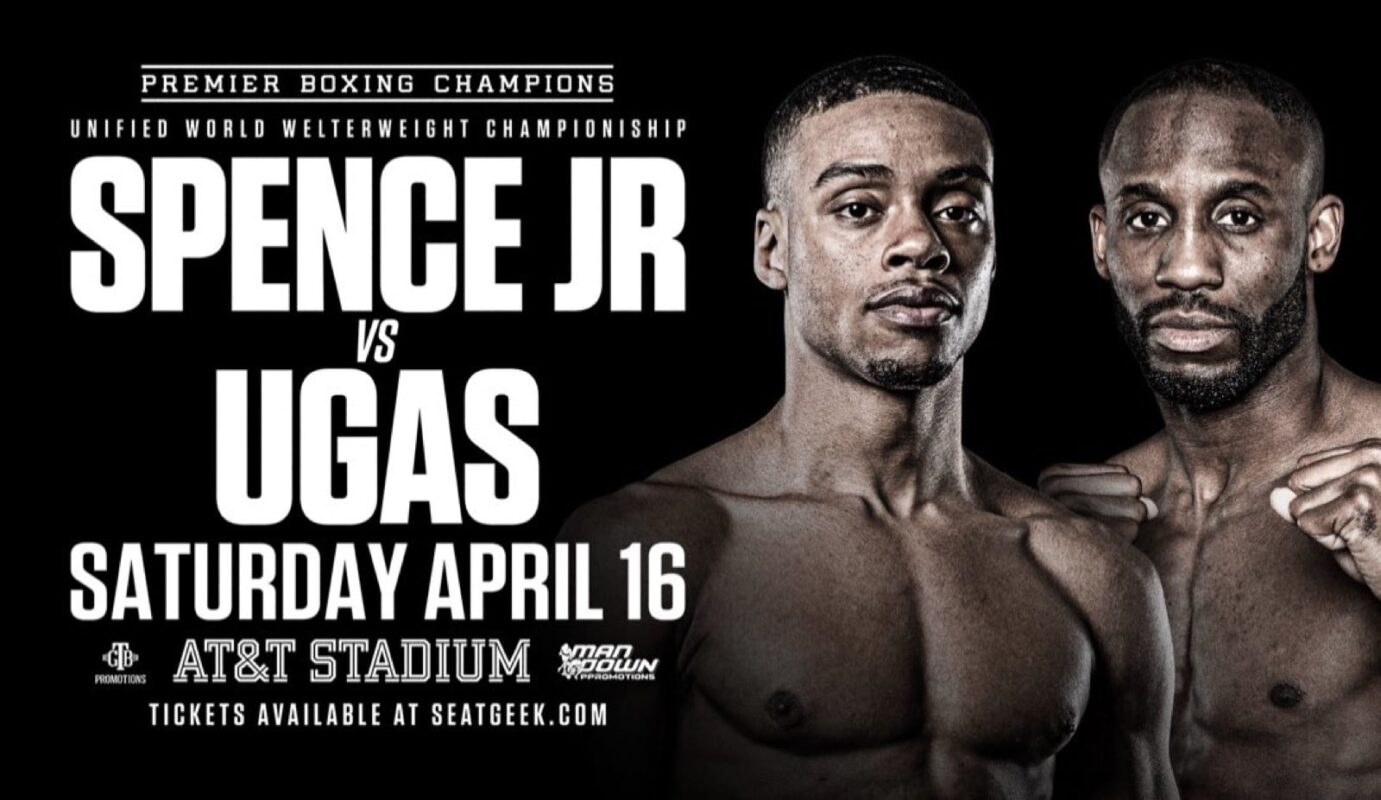 Spence won by technical knockout (TKO) in the 10th round at 1:44. Yordenis Ugas’ right eye was swelling. Because of that referee, Laurence Cole had to stop the fight on the advice of the ringside doctor.

Yordenis Ugas is a power punching boxer and a good pacer. He has terribly devastated many champions in the Welterweight division. On Aug 21 2021, he defeated 8 Division Philipino champion Manny Pacquiao in a unanimous decision. He was then a WBA Champion. He directs his right hand to the head and body of the champ and follows with a powerful right hand that often shocked Pacquiao

The 35 year old Cuban is a one-shot banger. He appears competitive and eager to fight. Ugas dictates the rings with a jab and tap away to throw combos. He uses his arms to block combinations and maintain distance to counter with hooks and body punches. I predicted that Yordenis could win if he could maintain these styles and skills.

On the other hand, Errol Spence is an unbeaten champion in the division. in fact, he won against fighters who defeated Ugas. Shawn Porter and Danny Garcia for instance.

Spence has been inactive for about 14 months due to a high-speed motor accident.  surgery on a detached retina Watch the video below:

Spence is a ruthless puncher who does not get exhausted. He is used to getting closer to opponents while he exchanges punch. Similarly, he directs punches often to the body which leads him to throw hooks at the body. Spence is a south pore and that gives his right jab blinding effects comparatively.

The bout started as I expected. It was competitive as both fighters maintained their style.

Spence on the other hand threw punches frequently. He targeted any available part of Ugas’s body. As a result, Ugas was exhaussted. He spent more time blocking punches to no avail.

The referee had no option but to stop the fight technically. This is because, he might have noticed that, Ugas might suffer health implications if he fights further.

The high work rate of Errol Spence slowed down Ugas. He was hitting every available part hurting Ugas occasionally. Errol again disallowed Ugas from moving into space by moving quickly into the space displaced. Ugas could therefore not reorganise his thoughts to attack. He was forced to block incoming shellings. All these resulted in the Sence win and Ugas Defeat.

There is another undefeated champion and the world is anxiously waiting to see him fight Spence. His name is Terrence Crawford.