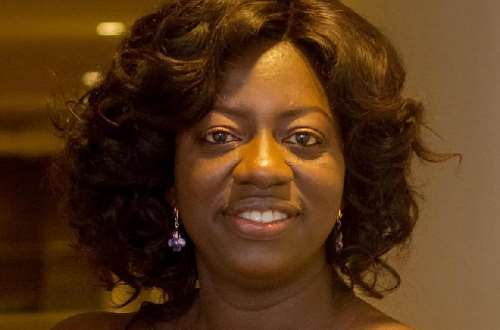 Ablekuma North MP Sheila Bartels has said even though she is in favour of big ambitions, the construction of the controversial National Cathedral by President Nana Akufo-Addo could have been put on hold.

“As a government, you always have to look at the balance and I am totally for being ambitious because if you are not ambitious in your plans, ideas and what you seek to do, as a government, you will be mediocre”, she said in an interview on Wednesday, 6 July 2022, explaining: “You will finish and you wouldn’t have achieved much”.

Using the government’s Free SHS programme to buttress her point, the daughter of New Patriotic Party stalwart Kwamena Bartels, said: “So, it is good to have that idea that I want to achieve big things”.

“Especially, when it comes to my government; on education, for instance, I believe the concept of Free SHS came about because of the engagement that was done knowing that the majority of the people who are, especially in the rural areas and all of that, can’t afford to take their children all the way to the University,” the NPP lawmaker said.

“You have a lot of brilliant students all around the country who wouldn’t have probably gone to SHS if it wasn’t for this investment”, she observed while speaking with Accra-based Starr FM’s Nana Aba Anamoah.

“Even though I loved the concept, when I travel abroad I see the infrastructure that attracts tourism but I think it could have waited.”